PSAC BC and the United Way 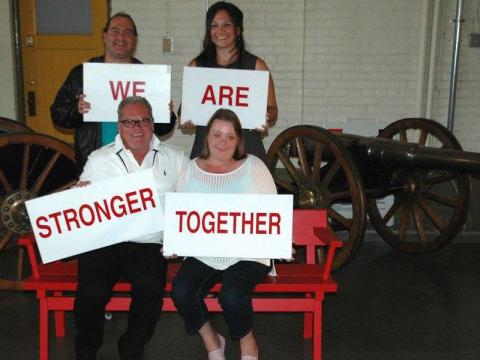 It hard to believe another year has passed by but the 2015 Government of Canada Workplace Charitable Campaign (GCWCC) kickoff is just around the corner!

The GCWCC is the largest workplace charitable campaign in Canada. It is also one of the most successful, thanks to the generosity of PSAC members who work in the federal public service. PSAC members are making our communities stronger by providing assistance to those in need.  Our members have raised millions of dollars over the years through the GCWCC, which is essential in supporting the work of over 80,000 registered charities across the country.

By taking part in the GCWCC here in BC, working with the United Way of Greater Victoria, the United Way of the Lower Mainland, and many other groups, we can play a vital role in making the lives of those less fortunate than ourselves a little better.  I have had the opportunity to meet many individuals who have been helped by the very dollars that we raise and I can tell you it is most gratifying.

I know that we have all been working very hard this year on critical issues such as Collective Bargaining and the Federal Election.  I ask that you apply this same dedicated work ethic and play a role in the United Way Campaign.  I encourage all members to give what you can to the 2015 Government of Canada Workplace Charitable Campaign.  Together, I know we can make a difference.

Let’s make the 2015 campaign the most successful to date!